In the UK, suicide is the leading cause of death for men and women under the age of 35. But remarkably, most of us have very little idea about how to actually help a suicidal person. Grassroots Suicide Prevention, a charity based in Brighton, works to stop suicide and reduce the stigma associated with it. The charity wanted to create an interactive film that made a real impact in suicide prevention by teaching people how to practically help someone who’s suicidal.

The Challenge
We were tasked with creating a compelling story about active listening around suicide, showcasing the best ways to talk to someone who is suicidal. With such a sensitive topic, it was vital that interactive learning handled the topic delicately, whilst simultaneously offering something incredibly engaging and real.

Our Solution
Working with subject matter experts to understand how to deal with a sensitive situation like this, we developed an interactive film with very real dialogues: the training works because it feels true. We took mental health and used storytelling to help us transform it into an engaging and real highly charged emotional experience. Needing the film to work easily on the maximum number of devices, we also developed an innovative interactive video player that can be used across different tech platforms, ensuring accessibility.

Unlike many other interactive films, Real Talk About Suicide offers no pointless or arbitrary choices. Every option is based on insights from suicide prevention experts into what you should and shouldn’t do when trying to help a suicidal person. If you get enough questions wrong – or lose focus – you’ll have to go back a bit and try again. But get it right and you’ll fight your way through to the only ending – where you sense the thrill of saving somebody.

Get in touch to enquire about interactive films for your organisation. 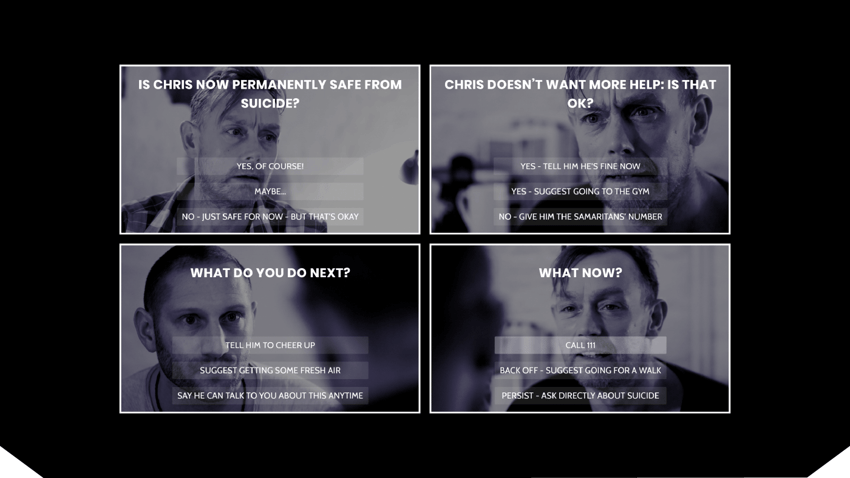 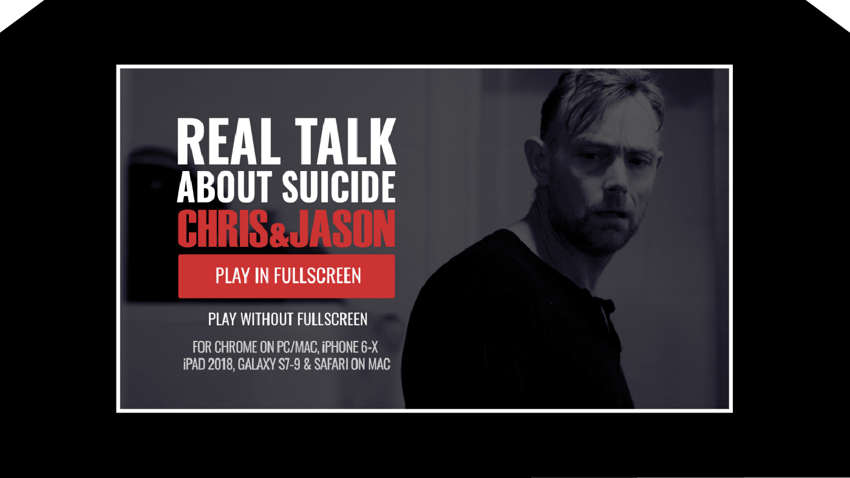 Health
CANESTEN | AWARENESS CAMPAIGN
A campaign to spread awareness of thrush and bacterial vaginosis and what are the best ways to treat it
See more work
Get in touch.
Let's talk.