Before there was Pokemon Go. Before there was Angry Birds. Before Farmville. It was a time when one name reigned supreme in animal-related mobile gaming – and that name was Snake. A mainstay of Nokia phones for years, Nokia Mobile came to us for a new adaptation of Facebook Messenger Snake using cutting-edge technology. Challenge accepted.

We wanted to capture the nostalgic appeal of the original game and introduce it to the state-of-the art possibilities of AR. Because that’s when tech’s at its best – when it’s showing audiences a new angle on a familiar concept. Our approach was two-fold: The first was an interactive AR Snake mask that used the forward-facing camera to capture the user’s face and overlaid a stylised lo-fi snake head on-screen. When the user opened their mouth, the AR image would respond live, hissing a pixelated tongue or taking a bite from digitally-generated AR apples.

The second stage was building a fully-functional interactive AR version of the game, using the rear camera to superimpose the snake and apples onto real-world environments. Users were able to play Snake on walls, tables, floors, on a plane, etc… pretty much any blank surface. We wanted the experience to feel responsive, reacting in real time to user actions with realistic and life-like movements. That involved modelling the assets in 3D software and importing them to Spark AR Studio, Facebook’s native AR toolbox. Animations were then brought to life in JavaScript, creating stunning 3D effects that responded instantly.
When it came to building the real-world Snake game, there was little we could use from the original we needed to develop almost the entire game from scratch in Spark AR. That meant programming everything from how the snake turned to how it grew and sped up with each apple. And for shareable user-generated content, the user was able to take selfies and record short videos, helping to spread the word organically. It was a mammoth project to bring in on time and on budget, but our client loved it – always our litmus test for success – and it’s led to an ongoing relationship and other projects.
For our studio, it was an opportunity to stretch our 3D AR muscles, and the result is still one of our proudest. If you’re looking to develop an AR 3D project, get in touch with our experts. 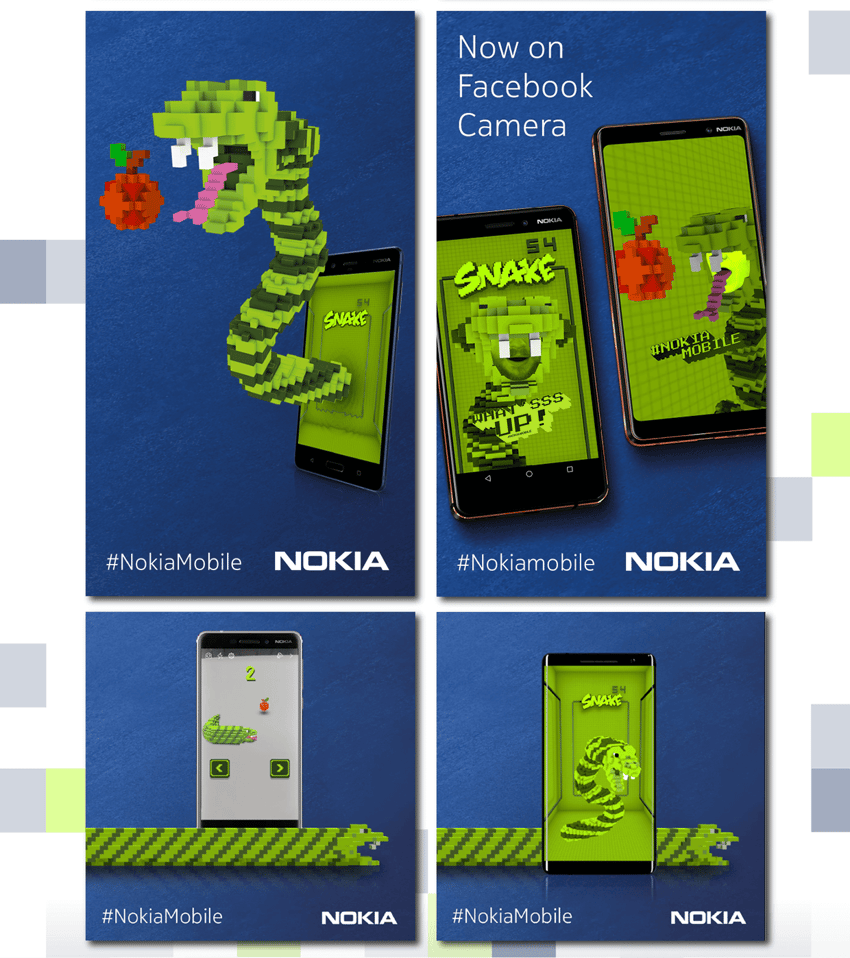 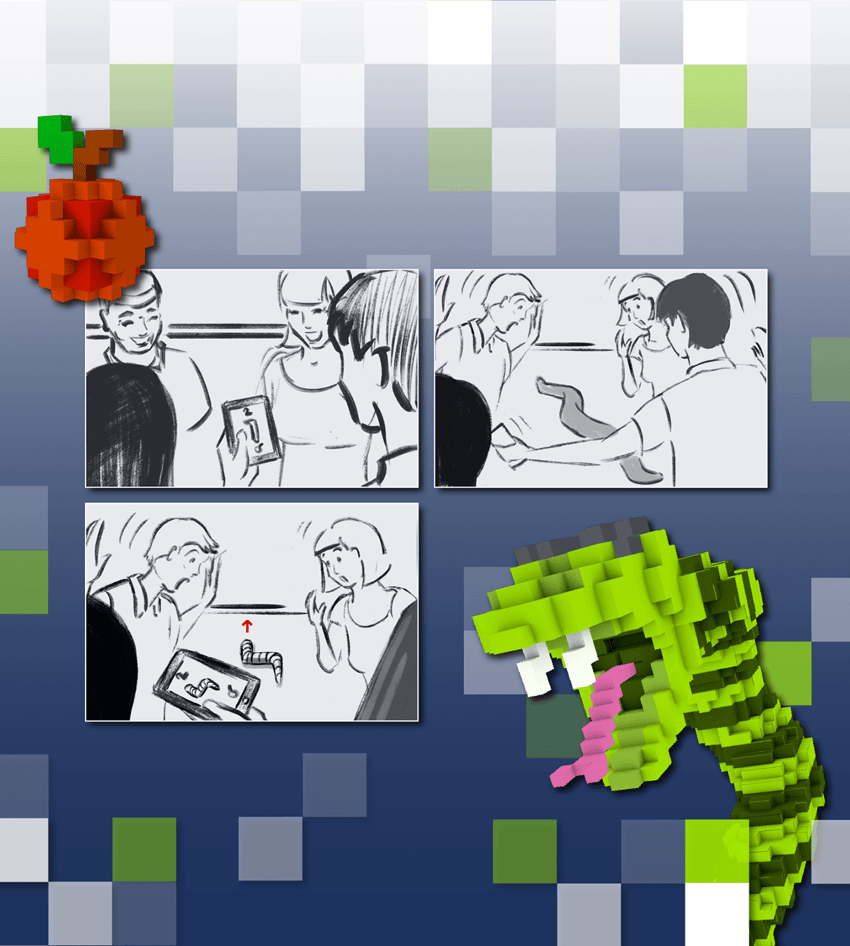